A 2D/3D mapping/scanning project consisting off:

Robot side code is really a bunch of super-simple programs which I call modules. Each of those programs works perfectly well from the command line without the rest of the project. The sole exception is ev3control module which enables/disables/monitors other modules. The repository for robot side code is ev3dev-mapping-modules.

The cross-platform visualization is a Unity project that can plot the readings in real-time and/or control the robot. Like other projects written in Unity it works on more than 10 platforms, in theory at least. Unity has also a nice abstraction for input so robots can be controlled with keyboards/pads/mice/wheels/mobiles and so on. The repository for cross-platform visualization is ev3dev-mapping-ui.

This is my personal project. While I am quite happy to share the results, please keep in mind that I am pursuing my own goals here.

The 3D examples are X3D models.

You can interact with the scenes with your mouse and keyboard:

The technology behind the X3D models on this page is X3DOM. See X3DOM supported browsers if you are interested.

The Phase I is finished with results:

The Phase I robot in action:

Hardware used for testing in Phase I

The Phase II robot in action:

State of the Project

Phase II is functionally finished. I am tidying up the code. It will take some time:

Phase III is in plans but I need a break now.

The drive component translates input from the user (keyboard, pad, numerical, …) using the motion model and sends it to the drive module. The drive module controls the motors. 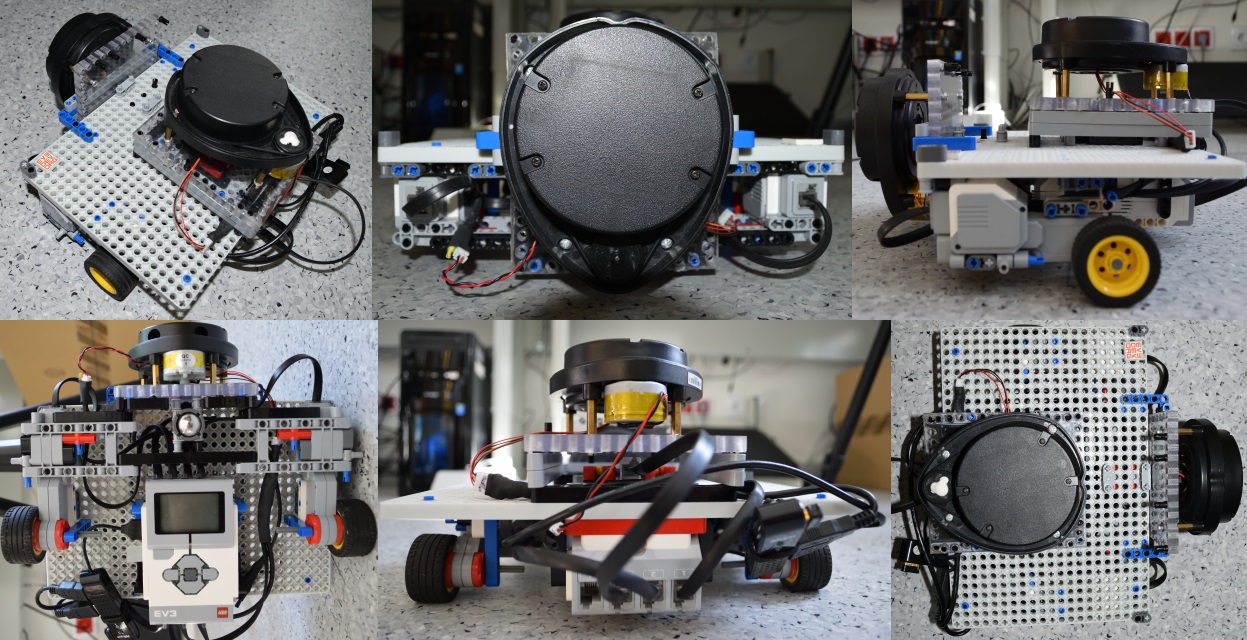 MeshLab is a great UI tool for post-processing point clouds exported from ev3dev-mapping-ui. Its functionality includes normals calculation, surface reconstruction and export to U3D (for 3D pdfs), X3D (for 3D on the web) and other common 3D formats.

AOPT is a great command-line tool for optimizing X3D models for the web. It is part of InstantReality virtual/augmented reality framework. One way to share X3D content on the web is using X3DOM which is supporting implementation in ongoing Web3D and W3C discussion on declarative 3D content in html.

If you have some question or problem open an issue in one of the ev3dev-mapping project repositories.

X3DOM - open-source framework for declarative 3D graphics on the Web

Using the XV11 Lidar tutorial - the lidar integration with EV3

MeshLab - open source system for the processing of 3D meshes

X3D - ISO standard for 3D content suitable for the web