LEGO releases MicroPython for EV3 based on ev3dev and Pybricks 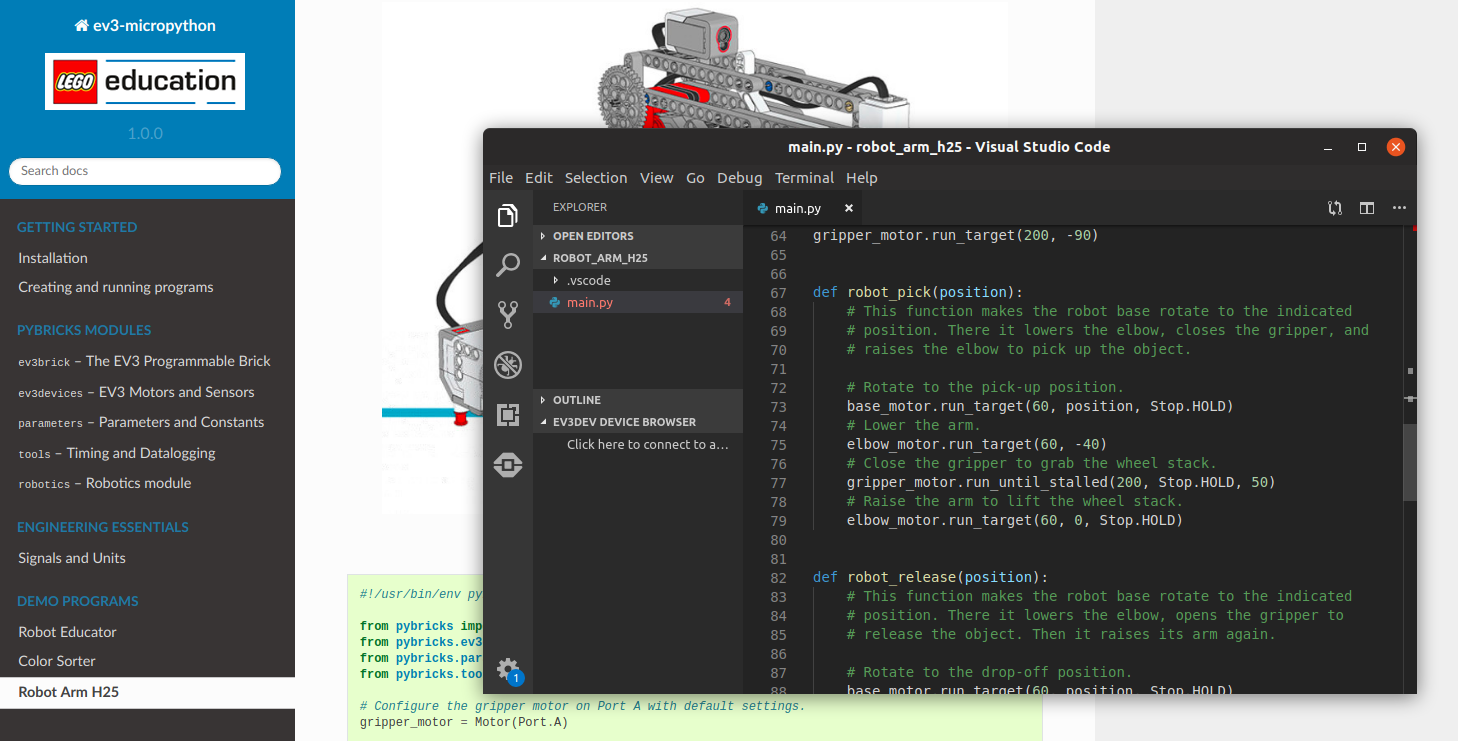 LEGO just officially released MicroPython for LEGO MINDSTORMS EV3 and it runs on top of ev3dev!

With contributions from the community, LEGO has worked hard to make (Micro)Python programming more accessible than ever.

Head over to the LEGO Education website to give it a try.

EV3 MicroPython runs on top of ev3dev with a new Pybricks MicroPython runtime and library. It also comes with a dedicated Visual Studio Code extension that includes project templates and documentation to get started. EV3 MicroPython is designed to be easier to use for beginners by taking away some of the complexity of getting started with Python programming on the EV3.

At the same time, the Pybricks MicroPython runtime adds many exciting features that make EV3 robots more powerful and easier to control. This includes brand new drivers and APIs to make motor control easier and more accurate. We think that especially FLL teams will love features such as built-in gearing compensation, drive base classes, or integrated stall detection.

Once the source code for this Pybricks library is publicly available, it might find its way into regular ev3dev releases as well. It wouldn’t replace any existing libraries or runtimes — everything you know and love about ev3dev will continue to be included as well.