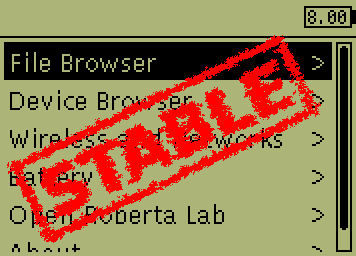 Thanks to everyone who has downloaded ev3dev-stretch snapshots, tested the latest kernel and reported issues on GitHub. We’re declaring ev3dev-stretch as the new stable version of ev3dev.

That means we’re saying so-long to ev3dev-jessie and hello to ev3dev-buster as the new experimental version of ev3dev (we tend to lag behind one release from the official Debian project that ev3dev is based on). There might not be as much development going on as there used to be, but more people are using ev3dev now than there ever have been. We hope you have as much fun using it as we have had making it!

Note: If you really, really need ev3dev-jessie, you can still find the downloads on the GitHub releases page.