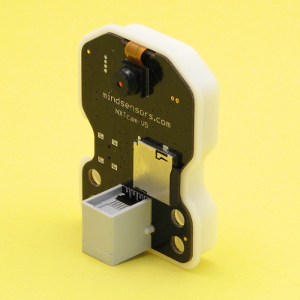 mindsensors.com Has released a new camera sensor, the NXTCam5. So, we’ve added support for it to ev3dev. The sensor API is basically the same as its predecessors’, but this camera is much more advanced. For example, it can track faces and lines, and take pictures and record videos. You can also easily modify the software on the camera itself using python. It’s pretty cool.

You can also find this kernel in the ev3dev-jessie snapshot builds starting with 2017-07-25.